Protecting Your Child During Elections 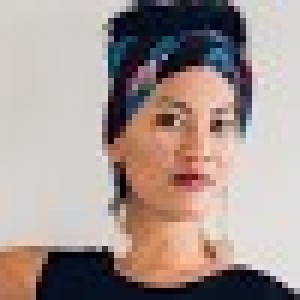 These children died due to post-election violence (PEV) which played out largely along ethnic lines. Ethnic rivalries in Kenya are as old as the fight for independence from British control. Inequalities between ethnicities transitioned from colonial rule into self-governance. Elections in Kenya have been won or lost on the basis of skewed perception of ethnic numbers (census)  translating to votes and this was the tipping point for post-election violence in 2007 through 2008, and in 2013. The argument was that the numbers didn’t add up as block voting was assumed to have happened due to rivalries across ethnic lines.

The Commission of Inquiry into Post Election Violence (CIPEV),  and commonly referred to as the Waki Commision, outlined in its report that 1,133 people died as a direct result of PEV with 3,561 sustaining injuries. It further details that “the sexual violence experienced took the form of gang and individual rapes, many of which were ethnically driven, as well as horrendous female and male genital mutilation… Furthermore, entire families, including children often were forced to watch their parents, brothers and sisters being sexually abused.” (pg 348).

As Kenyans and caregivers, we cannot wish away the reality that we have a role to play in safeguarding the safety of our children, especially during political unrest. We must be vigilant in doing our best to uphold the rights and wellbeing of children in our communities. The Kenyan Constitution (2010) Article 53 states that every child has a right to be protected from abuse, neglect,harmful cultural practices, all forms of violence, inhuman treatment and punishment, and hazardous or exploitative labor; and every child has a right to parental care and protection. A child’s best interests are of paramount importance in every matter concerning the child.

As we approach the height of political campaigns, what can you do to protect your child?

1. It starts with you; in your words and in your actions

Before you can protect your child from the vices in the world, you must start by checking yourself.  As caregivers, we must and should interrogate, recognize, and change the direct or indirect ways that we contribute to violence. It’s important for us to recognize that we sometimes contribute to violence in our utterances and in our actions.  When you talk about politics, do you perpetuate tribalism and sexism? Do your prejudices come through in the way you speak and treat people who are different? Children learn by watching others. And when we act in a way that perpetuates violence, so will they.  In protecting our children from violence,  there’s a place to call ourselves out.

2. Teach them about politics and its purpose in our society

Politics is a core part of our society and comes with its own myths and misconceptions. Helping demystify politics will go a long way in helping your child process the daily happenings in the political world from a healthy, informed lens. As a caregiver, you can teach them about the role of politics that help shape public life. Using your family unit as a point of reference, draw real examples of how each member has roles, rights, and responsibilities to uphold society. Topics on democracy can be easy to understand when you use day to day examples to explain them e.g if one person likes oranges but two people like bananas, the decision-makers will go with bananas. Having children participate in coming up with family rules is also a good way to teach them about governance.

Teach children about their rights. Let them know that no one should use them for political purposes (e.g., distributing campaign leaflets) or their data (names, taking their photos, or using their images). Assure them of your full support should any of these violations happen, and encourage them to report to a trusted adult should this occur.

Depending on age-appropriateness, talking to them about the increased risk to sexual violence during elections is a good way to educate them. The aim isn’t to scare them but rather to equip them with the knowledge on how to prevent or respond to any red flags. For younger children, teach them about body autonomy through our children’s book, Pendo’s Power.

Be intentional about what your children watch and what they are listening to. Politicians inciting violence and hate messages toward other ethnic groups harm your child’s wellbeing. Your child is still developing, and such statements may inadvertently shape their perspectives and reinforce stereotypes and biases. As we bring up the next generation, we must gift them the ability to be inclusive of the differences that make us unique.

Monitoring who they are following on social media, activating age restrictions on gadgets, and restricting access to prime-time news may be some of the things you can do as a caregiver. If a politician says something that’s contrary to values that you uphold, correct it immediately. Let your child know that you believe all people are worthy of care and protection and that we should not discriminate against others simply because they are from a different tribe, family, gender, sexuality, social status, or neighborhood.

4. Collaborate with other caregivers

Politicians are visiting schools and churches in a bid to garner votes. As a caregiver, you can guard your child against exploitation and manipulation by communicating the do’s and don’ts around your child to their teachers and church leaders. Remain vigilant in making sure the boundaries you have set are being respected. For example, you could ask the teachers to communicate any upcoming visits by politicians or call you in case of impromptu visits to allow you to make informed decisions for your child.

Your child has likely heard tales about post-election violence, and this season may trigger anxiety for them as they don’t know what to expect. They are still growing and developing their cognitive and verbal abilities. As a caregiver, helping to nurture their mental health means that they are more likely to cope in healthier ways and thrive into functional adults in years to come. Learn more here.

5. Have a safety plan

Having conversations around safety for your child is important for caregivers to establish. Starting where it seems most comfortable and useful for the child works best. Help your child identify three trusted adults, preferably in each environment they spend their day in: school, home, or place of worship etc. This could serve as an entry point. Introduce other areas of safety including but not limited to:

For caregivers and families that were affected by the post election violence, this period can be re-traumatizing for you and your loved ones. You may experience fear and anxiety as a result. Conversations and activities around upcoming elections may be triggering for you and here are some things you can do that may be helpful:

Our new Trauma-Informed Parenting video curriculum and guide supports parents and caregivers to have age-appropriate conversations with children about preventing sexual abuse, healing trauma, and caring for survivors of child sexual abuse. Watch the free video series and donate to download the full guide!

Joan Ngaruyia’s great passion is helping those who have been through traumatic experiences. She tirelessly supports their journey toward healing—ultimately helping them rediscover themselves as strong dignified individuals. As a counselor with Freely in Hope, she believes in empowering survivors through various methods of therapy, including trauma-focused cognitive behavioral therapy, to help raise the next generation of survivor-leaders who will champion the end of violence. Joan graduated Magna Cum Laude from Daystar University in Kenya with a Bachelor’s Degree in Psychology. For over 7 years, she has had the privilege of working with different institutions to prevent violence against women. Outside of work, she loves reading a good book and taking nature drives.